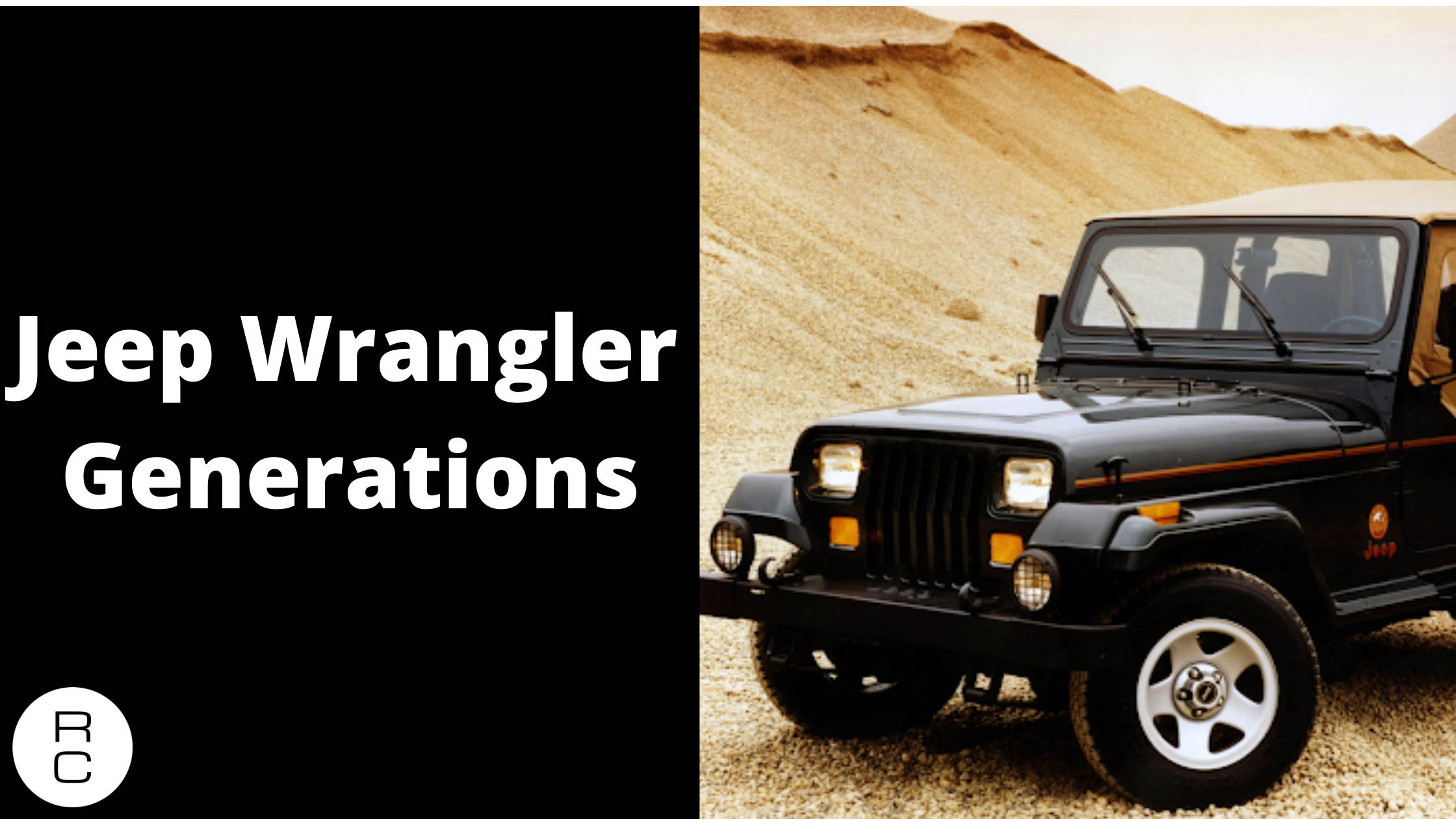 The Generations Of The Jeep Wrangler

The Jeep Wrangler is one of the most iconic car models of all time, and since the mid-1900s, it has remained true to its timeless roots through multiple generations. We’re taking a look at the history of Jeep Wrangler generations, including the army vehicle that inspired the multi-generational automotive success. 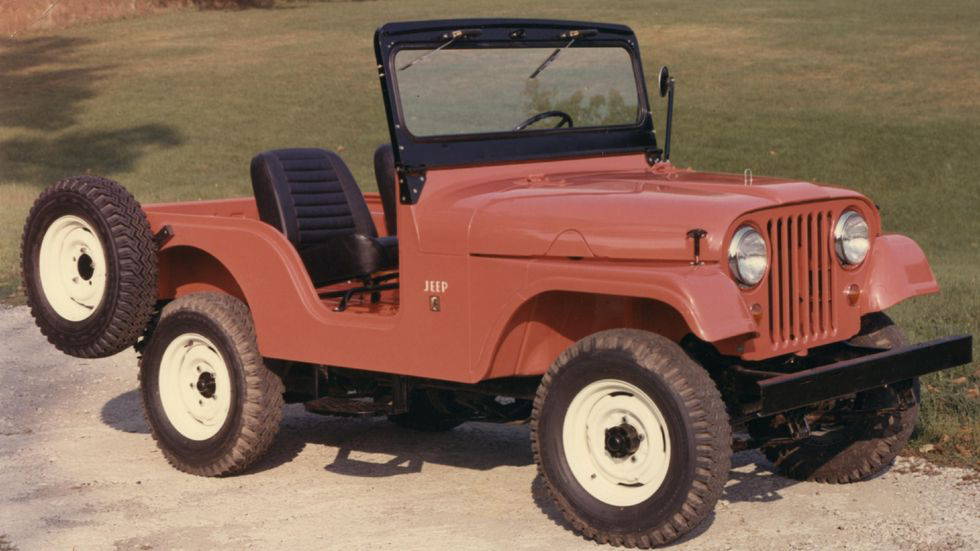 Willys-Overland Motors designed and manufactured the Willys MB, a military-grade, 4x4 jeep that was mass produced for use in World War II. As the end of the war drew near, they began designing a civilian version of the massively popular and powerful jeep. It became known as the Willys CJ (“Civilian Jeep”).

The Willys CJ had more appropriate gearing for civilian use than the MB, and it included a canvas top and tailgate - all features useful outside of military use. After the brandname “Jeep” was established, the CJ went through several iterations before the release of the first Wrangler in 1986. 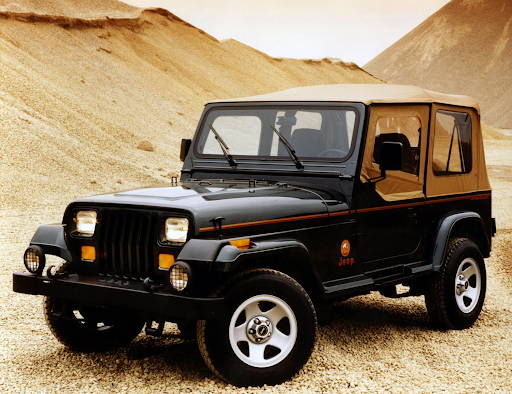 The Jeep Wrangler YJ was released in 1986 after the Willys CJ encountered some bad publicity regarding their roll rate. The first Wrangler offered anti-roll bars to offer fans of the Willys CJ some peace of mind, and they added several features to help the Wrangler appeal to a wider audience. These included comfortable suspension as well as an option for an automatic transmission.

The Wrangler YJ featured square headlights, which many fans or the original round design disliked. However, the fold-down windshield was retained, and a motor upgrade helped retain interest from CJ fans as well. The YJ featured a fuel-injected “straight six” motor, which was a long-lasting, in-line motor boasting 225 foot pounds of torque and 190 horsepower. Needless to say, fans of the old school Willys CJ were pleased with the power and capability. 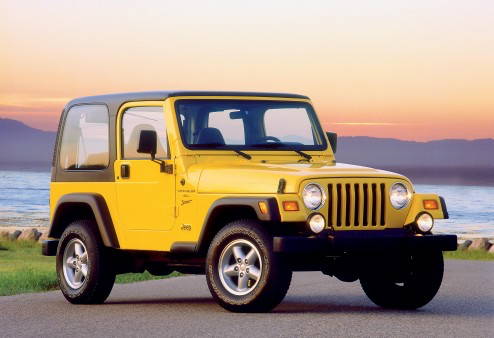 Fans of the rugged and adventurous Willys CJ were pleased with the TJ model that was released in 1996, as it brought back the original - and now iconic - round headlights. This model also maintained the popular fold-down windshield as an homage to the original Willys CJ, which was met with approval from longtime fans.

The Wrangler TJ featured the same durable motor as the previous iteration, but it boasted several upgrades to the frame and suspension. These changes included making a more rigid frame that allowed less flexing when off-roading, and coiled suspension which made driving on paved roads more comfortable as well. These added to the Wrangler’s overall appeal to a wide and varying audience.

This generation, which proved to be one of the most successful and redefining for the brand, also brought additional options to fans: the Rubicon, the Wrangler Unlimited, the Wrangler Sport, the Wrangler X, and the Sahara. 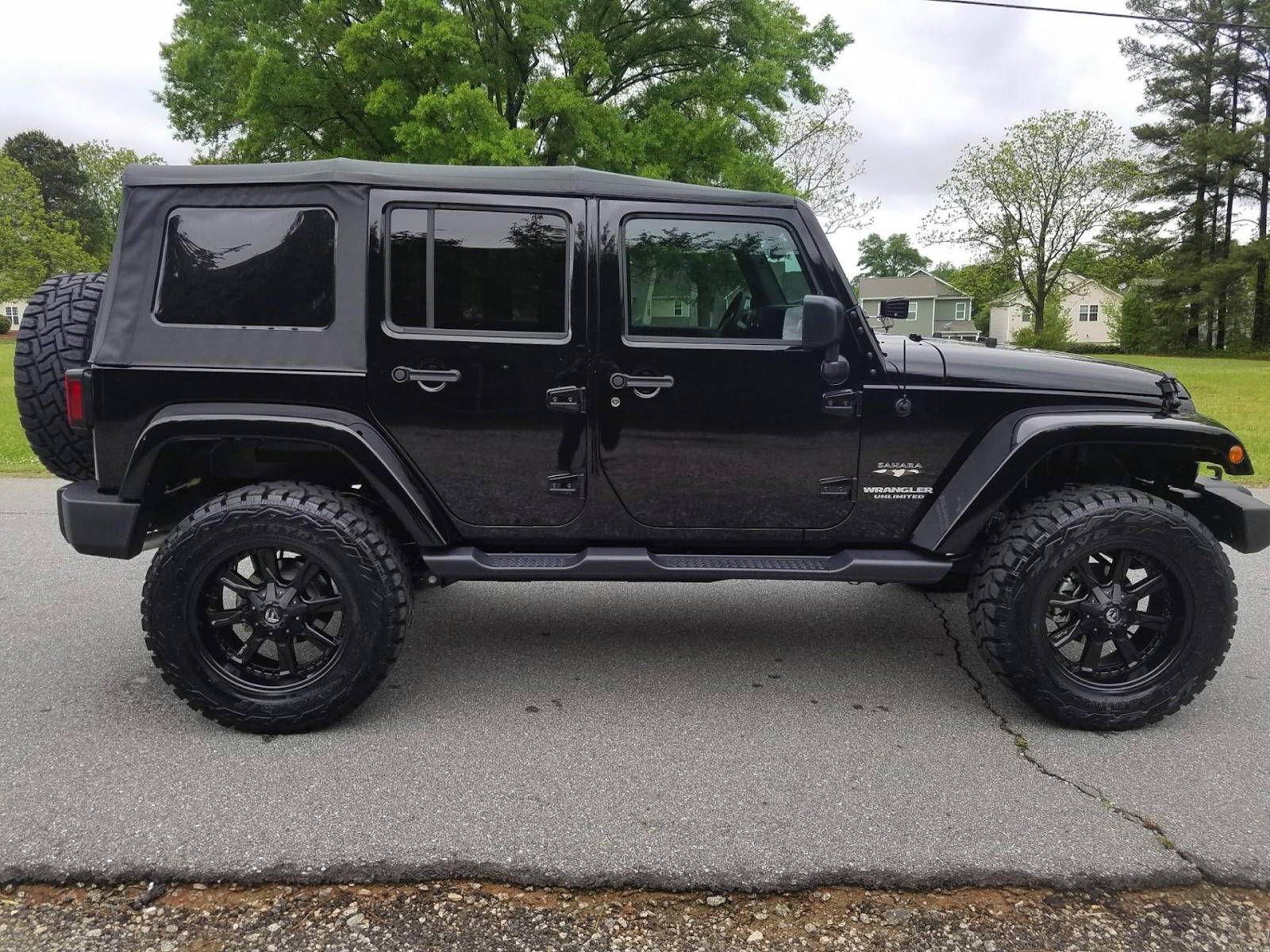 The JK, which was available while the TJ still remained available for one year, introduced a 4-door model. This helped the Wrangler name reach a wider audience than ever before. It also introduced stability control and a plastic front fender, the latter of which brought about some controversy. However, the Wrangler remained durable and abundantly capable.

This generation was the first for which Jeep left room for aftermarket upgrades, yet another critical turning point for the brand. Beginning with the JK, consumers could now upgrade and alter their vehicles to better suit their needs and preferences. Upgrades included tow packages, bulkier fenders, several door options, and many more. Customization became a critical part of owning and driving a Wrangler, and this brought more success for the brand.

The most recent generation, the Wrangler JL, is by far the most advanced and “civilized” on the surface. The JL sports a push-button start, power everything, manual and automatic transmission options, and modern comforts like navigation and touch-screen controls in the dashboard.

However, the JL is also the most capable for off-roading. They feature a turbocharged 4-cylinder option with additional torque, as well as an impressive set of specs for conquering all types of terrain; these include an approach angle of 44 degrees and a departure of 37 degrees. The Rubicon of this generation can plow through 30 inches of standing water - a feature that may surprise you given this generation’s advancements in comfort technology.

From the Willys CJ that started it all, to the most recent JL generation, the Jeep Wrangler is an impressive and capable machine that has stayed true to its roots and rugged personality. For over 75 years, the Wrangler has maintained its foothold as one of most iconic vehicles in history, and while we’re not sure what the next generation will bring, we’re pretty sure it will be tough, exciting, and abundantly fun!

PS – Own a jeep wrangler yourself? Look into turning it into a piece of custom car art.